Three people from different cultures, two women and one man, happen to find themselves in one place, gathered by one story. The place is generic, and so is the story. The image is black and white. The background of the studio is black. Call it a non-place, just like the airport – or the cybercafé or the internet – that plays such an important role in
Infinite Jetzt, the short film by Julie Pfleiderer.
The situations are easily recognizable: planning a future, establishing contacts, packing, saying goodbye, leaving, doubting, tears, fear and hope, arriving, unpacking, staying in touch,… Even the paperwork, the tickets, the queuing, the control, the bomb alarm or the getting lost: it all sounds so familiar for the traveller in each of us. These are generic acts that fit generic places. But are they really? Because all these stories, all these (non)places, are all different,
depending on the person who (re)lives them. This one story, told by (at least) three different persons, carries as many different accents. This one story, told by (at least) three different persons makes one doubt what is real and what is not. The non-place of Infinite Jetzt is an in between place, a place of transition: like the airport, like the internet, like the recording studio. This film finds itself between documentary and fiction.
Julie Pfleiderer, the filmmaker who is also a German artist living in Brussels (but it could be any other city), starts from
a real story (but which story isn’t?). It is a story about leaving, shared by many different persons. See it as Pfleiderer’s
personal story. Or as the story of Hajaniania Ratsimbatsafy, a student from Madagascar getting a scholarship in
Brussels. It is the story of Taka Shamoto, a Japanese dancer in Brussels. But it is also the story of Caroline Daish, an Australian performer in Brussels. All these people who, at one point in their lives, deliberately decided to leave their home country, are part of this one common – but always: very personal – story. It is an unfinished story in which voices keep on adding new accents, new details, new emotions. It is a story that keeps on passing through. As if the last voice in all that will always be that of the viewer in front of the screen. As if everybody speaks through that one voice. Every story that is brought by that voice is a new story, as (un)real as the previous one. Every version is an adaptation adding its personal shift.
This makes Infinite Jetzt a through and through contemporary work that demonstrates the afterlife of memories. It shows the need for an other to remember, to tell, to (re)construct a story. It shows fragmented memories, fragmented identities. Difficult to say where to find the truth in all that, the real I in all these manipulations and adaptations that make the story ever more artificial (how artificial can an airport, the internet, a film, a journey, be?), always more real.

With the support of the Flemish Community, nadine/ laboratory for contemporary arts,
Q-O2/workspace for experimental music and sound art and SoundImageCulture. 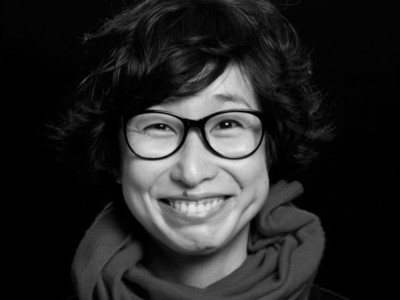 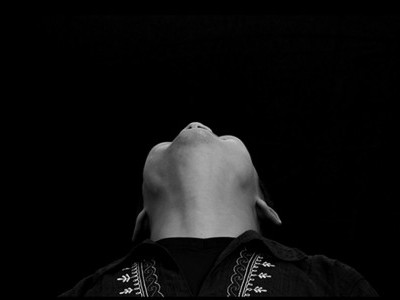 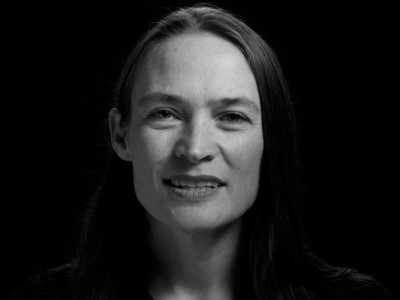